Pho is a traditional Vietnamese dish that is also considered to be one of the most typical dishes for Vietnamese cuisine. Pho can be found in many parts of the world, but only pho in Hanoi can bring diners the most exquisite flavor. As usual, pho is served for breakfast or dinner.

“Pho in Hanoi” as one of the most favorite dishes

Hanoi has the highest density of pho throughout the country. From luxury to common pho restaurants appear on almost all the streets, alleys and vending carts in Hanoi 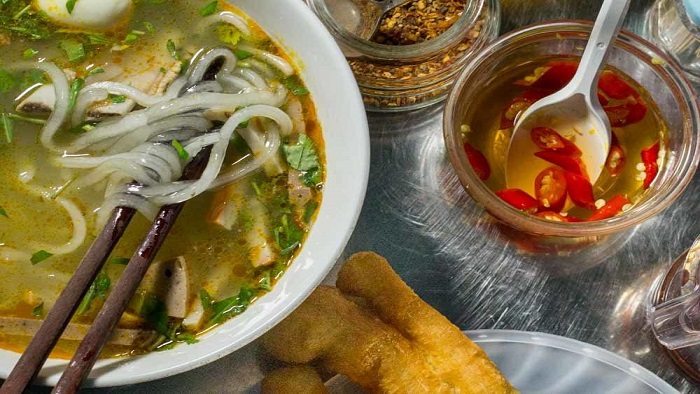 Hanoians can eat pho all day, including breakfast, lunch, and dinner. For the Hanoi’s people who live away from their fatherland, some of them usually nourish the resemblance of the faint of green rice and the aroma of milk flowers while many others are filled with great nastalgia for the sweet smell of pho in Hanoi on a winter day.

In reality, Hanoi people in particular and the Vietnamese people and the international tourists, in general, are fond of pho in Hanoi due to the characteristic broth made from countless spices, whose ratio used for the broth pot is the secret to make famous brands of pho in Hanoi.

The way of processing the broth of “pho in Hanoi”

During the process of cooking pho in Hanoi, making the broth is the most important step. The broth of traditional pho is supposed to be simmered from the beef bones along with some spices. Besides, the bones need cleaning and the meat was totally removed from the bones before being put in the cold water for boiling. The boiled water for the first time should be taken away so that the broth is not contaminated with the unpleasant smell of bones. The water for the next time will be used as the noodle soup. Then, the soup is added with salt, fish sauce, spices and sugar, grilled ginger and dried onion and pepper. 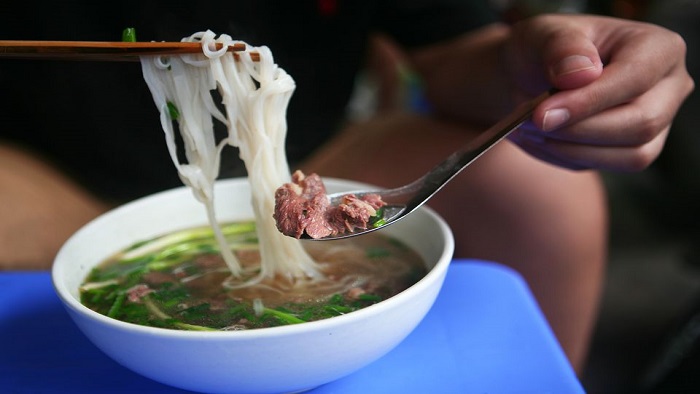 The delicious taste of the broth is mainly due to the spices. However, the recipes for each particular broth are kept secret by celebrated pho restaurants. But in general, it can be seen that these spices include cardamom, ginger, star anise seed, clove, coriander, cinnamon, dried onion, shrimp, peanut worm and traditionally, cow's tail as an indispensable part.

The discovery of Vietnamese cuisine is regarded as an essential part of the journey to explore Vietnam. In particular, you cannot miss the opportunity to learn more about the cuisine of Hanoi with the most famous dish - pho in Hanoi.