​About Danang during Vietnam war

The Vietnam war causes a lot of destruction for Vietnamese people all over the country, from Hanoi to Saigon, Hue, and Danang. Until now, besides heavily destroyed works, some others are still kept intact. So now, you can read the article below to get some information about Danang during the Vietnam war.

Danang as a municipality during the Vietnam war

In March 1965, United States Marine Corps landed in Danang and set up a large military base here. In 1967, Danang was designated as a municipality; therefore, the American Emperor decided to change Danang into a political, military and cultural center for the I and II strategic regions. Accordingly, Danang military bases and infrastructure started to be constructed, particularly, airports, ports, warehouses, roads, public works, communication facilities, and bank credit. In this period, the industry was developed at a higher level and the industrial zones replaced the craft sites. 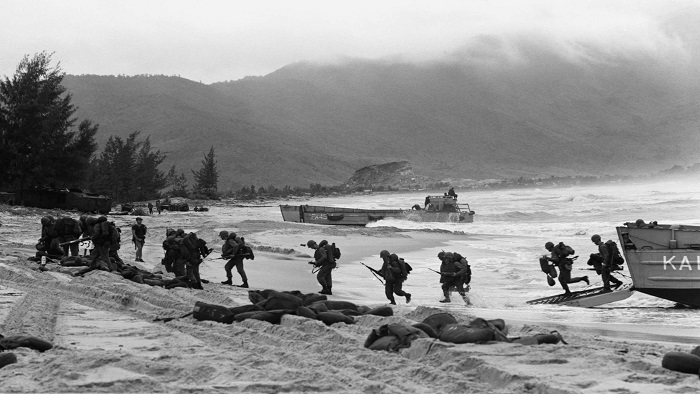 ​About Danang during Vietnam war

In the 1970s, like many other villages, Da Nang still retains the beauty of a quiet countryside with green rice fields, bamboos overshadowing the village road and mossy old house. In addition, Danang has two ancient villages that have been kept intact till now. These villages still retain many old architectural works such as communal houses, pagodas, temples, churches and family temples.

From 1965, Danang became the site of deployment of strong army bases of American troops. Danang intended to be built into the largest military complex in Central Vietnam. Sometimes, Danang gathered up to 6,000 soldiers of all sorts including marine, commando and mechanized infantry. In addition, there was a dense system of camp posts, guard stations, information bases and military training camps that were equipped with modern equipment. In particular, the American Emperor also built a military airport in Nước Mặn to help Danang Airport reduce the load, which is aimed at meeting the growing demands of the war. 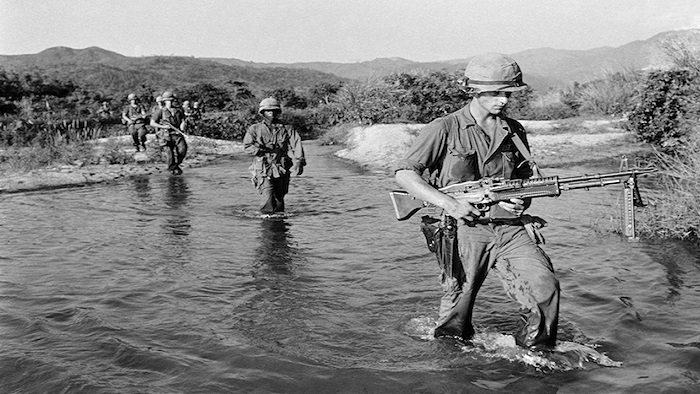 ​About Danang during the Vietnam war

The airport was built in 1940. During the Vietnam War, Danang International Airport plays a role as the air force base of the US Army and the Republic of Vietnam Air Force.

In the past, Hai Van Pass was a transit station, a stopover on the north-south road, the southern gateway to Dai Nam. And now, it is the natural boundary stone between Thua Thien - Hue and Danang. Therefore, this place has witnessed the dedication and the daily life of several Vietnamese generations.

During the war, many celebrated generals bravely fought for the unity and territorial integrity of the S-shaped land strip. In some cases, many poor people had to leave the fatherland for a living because of difficult circumstances. Many of them died of exhaustion and food shortage and have no opportunity to come back to the motherland. For this reason, Hai Van Pass is regarded as the land of legends

Many years after the end of the Vietnam war, Danang has restored its structure and increasingly develops. Nowadays, Danang becomes a tourist attraction, attracting a great number of travelers around the world.

NAVIGATE ​About Danang during Vietnam war