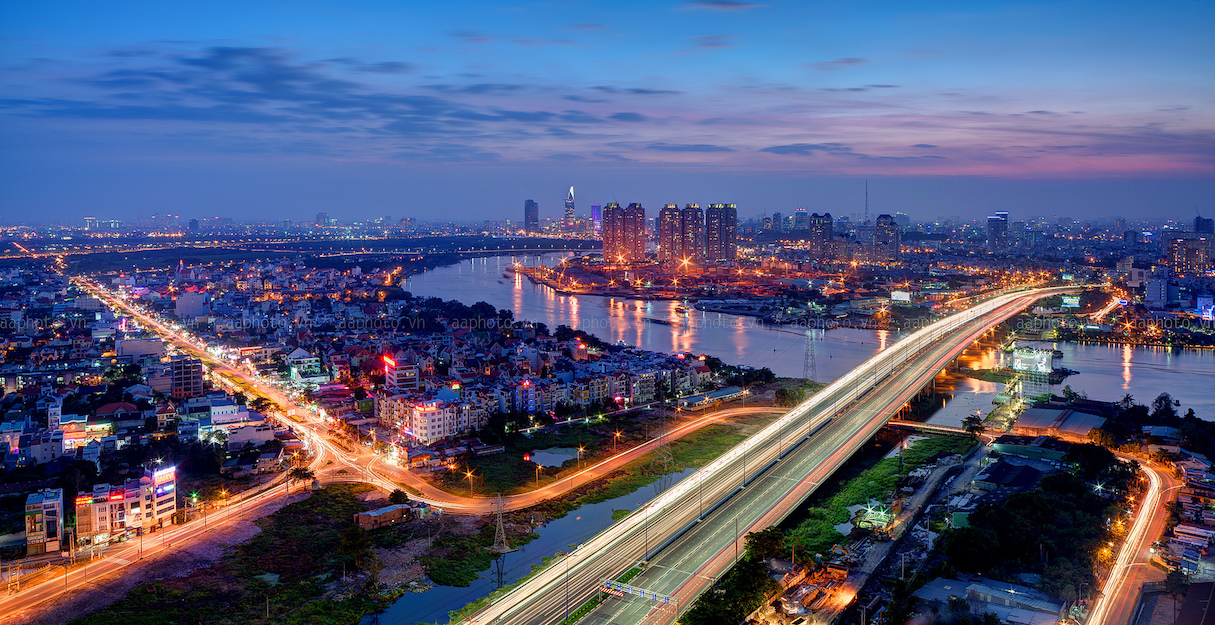 Ho Chi Minh City is located in the center of the southeast region of Vietnam. This is the biggest and most developing city as well as the head of the economy and culture of Vietnam.

In the past, Ho Chi Minh City was a commercial port where traders from China, India, Europe countries, etc. came to trade and exchange the goods, and they built a town called Cho Lon. So, this city is the harmonious combination of the national tradition and cultural features of the North and the West. That has created the lifestyle and characteristics of Saigon people who are very famous for their faithfulness, generous and strong-willed spirit

Ho Chi Minh City is in the zone of tropical monsoon climate with two distinct seasons including dry season (from December to April) and the rainy season (from May to November). But in general, the climate of this city is quite pleasant, the rain comes and goes quickly while the sunshine is not too hot.

The temperature of the year ranges from 25 - 35 Degree Celsius. In each season, Saigon has its own beauty so that you can travel there at any time of the year. The busiest area along Saigon River is Ton Duc Thang Street, also in the center of Ho Chi Minh City. This street has high-class hotels and restaurants, from which you can admire the view of the Saigon River in the afternoon. There is a pier for guests to take a trip on the Saigon River or try dinner at floating restaurants.

It is the central area of District 1, Ho Chi Minh City. The Cathedral area clearly shows the "character" of Saigon city. Near the old church is the image opposite to the modern buildings. From Notre Dame Cathedral, you can visit Independence Palace, shop at Diamond Plaza, go to Dong Khoi Street, cross Turtle Lake, drink ground coffee at Han Thuyen Street.

This is a street in the central area of Ho Chi Minh City, on which both sides are many luxurious hotels and shopping centers, some of which have existed for hundreds of years with the classic European architecture. Head straight to Nguyen Hue Street in the southeast direction; you will arrive at Ton Duc Thang Street on the Saigon River.

Notably, on Lunar New Year, Nguyen Hue Street becomes extremely brilliant with a lot of flowers. Flower Street is displayed in about 7-10 days, usually from December 28 to January 5. Since the 19th century, Ben Thanh Market is a historical witness through many fluctuations of the time. The market has four gates facing the main streets in downtown Saigon. Coming here, visitors can buy a lot of souvenirs, fabrics, clothes, or handicrafts.

The Chinatown is the busiest trading center in Saigon. It is also a densely populated area of Chinese people in the South. Coming here, you can enjoy the very rich cuisine with loads of dishes in Chinese style. Around the Chinatown area are the largest wholesale and retail markets such as Binh Tay Market, Kim Bien Market, and Soai Kinh Lam Market.

Where to stay when traveling to Saigon

As one of the most famous tourist destinations, Ho Chi Minh City provides a wide range of accommodation for travelers.